Dragon Ball Super, Berserk, Gundam Wing: Iron-Blooded Orphans, Voltron: Legendary Defender, Sailor Moon: Crystal. What do all of these shows have in common? They are all brand new continuations of an old series, or a complete redo with the same plot, just with better animation and acting. All of these series are great, but I personally feel there are some anime that need to be added to this list:

(And for the record, when I came up with this list I did not notice that all of the series’ names began with R until the very end. Complete coincidence!!!) 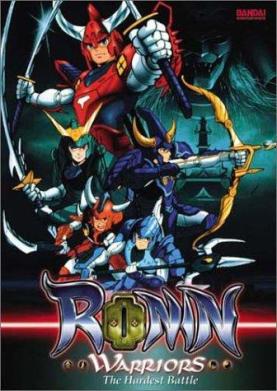 After the recent excellent Netflix reboot of Voltron: Legendary Defender, another 90’s Toonami-era anime that should get another look is Ronin Warriors.

The show is about five young men, Ryo of Wildfire, Rowen of Strata, Kento of Hardrock, Cye of Torrent, and Sage of Halo. Each associated with their own elements, they summon mystical armor and weapons to save the world from the the evil netherworld leader Talpa, who is determined to take over with his own set of powerful warlords.

Like Voltron (and another very popular anime you may know of as Sailor Moon), this show would be automatically popular because of the color-coded, zodiac associated powers and transformations that accompany each of the characters. Ronin Warriors has a mix of traditional Japanese lore with some of the challenges of a modern world, especially since the warriors have to be found and “awoken” after centuries since the last time Talpa tried to conquer. The first episodes feature the beginning of an apocalypse and it tosses viewers right into the action.

A modern revamp of the animation and of this story would give the series justice, and hopefully gain the attention of a new generation. 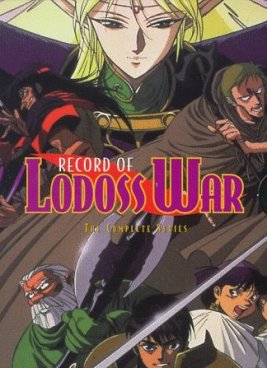 Record of Lodoss War follows a young character named Parn, who becomes a knight to regain his family’s honor. He travels with a small band of friends and his high-elf love interest Deedlit, and together they stop darkness and evil from taking over the Lodoss world.

There has not been a high fantasy anime like this in a while. When I say high-fantasy I mean elves, dwarves, dragons–typical Tolkien medieval lore. It seems like anime nowadays that does have European lore constantly tries to outdo the other with the complicated and convoluted plots. Sometimes, simplicity like what’s found in this show is best, and it often opens up the opportunity to focus on the characters or the symbolism of the art a little bit more.

The RPG style of this anime will give viewers a nostalgic feel and like they’re watching Lord of the Rings or Dungeons and Dragons, the anime version. With a unique cast of characters and some excellent villains, fans will be intrigued by the storyline. 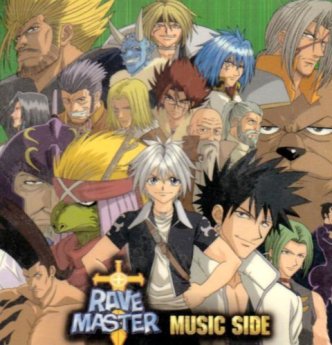 Rave Master was the first manga written by Hiro Mashima, the creator of the anime juggernaut Fairy Tail.

Haru Glory is a teenager who grew up on a remote island and is thrust into the rest of the world’s affairs after he meets Plue and Shiba. They reveal to him that he is the next Rave Master. Along the way, he meets Elie, Plue, and many other friends on his journey to find the Raves, the secrets of the power behind them, and to stop Demon Card.

Haru Glory and Elie made guest appearances on special episodes of Fairy Tail, but their inclusion was nowhere near long enough or intriguing enough for people to explore more. It was more of a fanservice to those who remember the series. The anime created in 2001 was awful and suffered from not following the manga and heavy censorship in the United States version. What’s frustrating about watching Fairy Tail, is that the characters are extremely similar, but the story of Rave Master is superior.

If this series is rebooted with a similar art style to Fairy Tail and stays completely true to the manga, (which shouldn’t be difficult because the series is finished), then this could be an amazing series, much shorter than FT, and with just as much quality.

Anyways, there are so many anime shows that should be added…what do you think should be rebooted? Who knows, the anime on this list and others you want may become mainstream again soon.

Images do not belong to me.